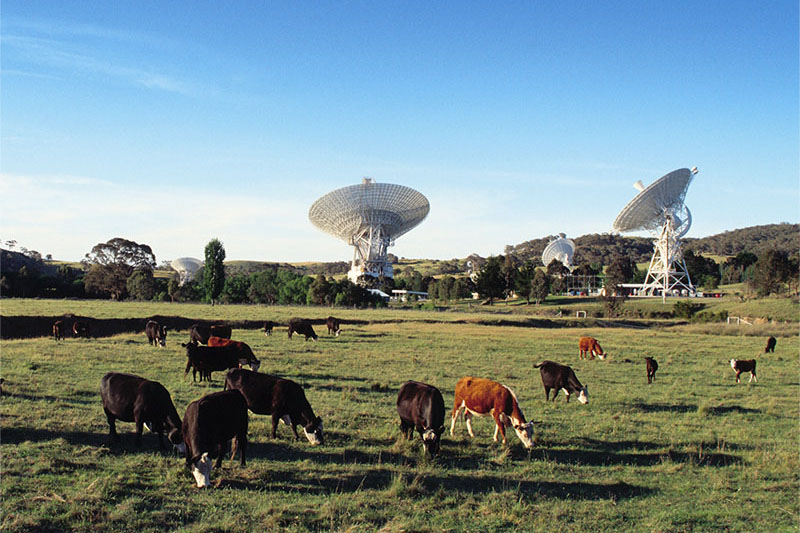 The Voyager 2 probe has been traveling 43 years through space moving further and further away from us. Even so, more than 18 billion kilometers of us still remember their home birth and maintains permanent contact with NASA but for 11 months will have to fly by her alone .

Voyager 2 will be held incommunicado for 11 long months, in which the antenna that usually receives its messages and answers it from Earth needs an in-depth repair. From Canberra, Australia, the gigantic antenna that usually monitors the epic journey of this probe needs a tune-up .

Those responsible for maintaining contact with this type of probes are the antennas that form Deep Space Network (DSN) . They are based in Goldstone (USA), Canberra (Australia) and Madrid (Spain). Both NASA and other space agencies, the European ESA or the Japanese JAXA use these facilities to keep in touch with all the missions they have sent to explore the furthest space.

It has been confirmed that Titan, one of Saturn's moons, could harbor life as scientists have discovered liquid mass. The existence of liquid makes it ideal for containing possible lives.

The Voyager probe takes 17 hours to receive messages from Earth and another 17 to send us its response through the largest antenna of those found in Canberra, the only one that can Talk to her about her position. These communications serve, in addition to knowing where Voyager 2 is located or what it is discovering in its journey through space, they are also used to solve problems .

Current technology allows, so many kilometers away, to solve possible system failures of these probes but for this it is necessary to maintain contact. During those 11 months of disconnection, the 70 meter diameter antenna will go through a repair process and then work on other projects that will be carried out on Mars .

As explained in The New York Times the Voyager 2 probe will continue to send messages that will be received through the other three smaller antennas in Canberra, but they will not be able to respond. If during these months the probe suffers a problem those responsible will see her complain without being able to help her and, taking into account her age and how far she is, it could be the last chance to speak with her.

Representatives of NASA and the European Space Agency (ESA) meet to share their progress to protect the Earth from the impact of an asteroid.

Recall that this probe launched into space in 1977 came out of the heliosphere, the plasma bubble produced by our Sun and occupies most of the solar system. After this phase begins the Oort Cloud the last region where there are still objects affected by the gravity of the sun, is the last frontier of the solar system. NASA estimates that both probes will only resist 26 years more until their batteries run out.